Suicide & Crisis Center of North Texas > About Us > Our History 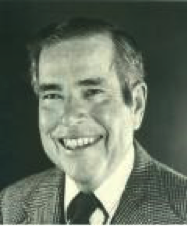 Suicide is a high concern for a broad range of professional people helpers.

In 1966, some 28 professionals from law, education, medicine, religious institutions, psychology, and law enforcement held regular meetings that led to the formation of our Suicide and Crisis Center of North Texas.

As we walked out of the 11:00 a.m. church service one Sunday early in 1966, Ray Montgomery made me a proposition. He commented, If you will gather some good people together I will furnish the money to start a Suicide Prevention Agency. (Ray kept his promise and was our primary angel through the formative years. He bought two houses on Routh Street for the center. They were later sold and largely funded our endowment.)

Our organizing group met through 1966. Ray Montgomery paid airfare for me to fly to Los Angeles to study our nation’s first major Suicide Prevention Center recently opened by Psychologist Norman Farberow and E.S. Schneidman and Psychiatrist Robert Litman, all three of whom accepted our invitation to come at different times to Dallas for consultation with us and to lead community workshops to introduce the suicide prevention concept to Dallas citizens.

In our early discussions, I remember one psychiatrist expressing strong doubts about our training lay counselors to deal with the dangerous and frightening trauma of suicide. He wanted suicide crises to be left in the hands of trained professionals in spite of what we were learning from Los Angeles about remarkable effectiveness of lay counselors. It seems significant that some years later that psychiatrist himself committed suicide, raising serious questions about the legitimacy of his earlier remarks.

Suicide Prevention of Dallas (later to become Suicide and Crisis Center of North Texas) opened daytime phone service in late 1967, but our 24-hour service with trained telephone counselors did not begin until 1969, which we consider our formal opening date.

Our ongoing task from day one has been to de-mystify the concept of suicide and make it a subject that people more and more can talk about, especially people whose family lives are impacted by suicide. Training workshops open to the public or to special professional groups such as physicians or pastors were regularly conducted during our early years.

With encouragement from the Dallas County Medical Examiner Charles Petty, M.D., we began our Survivors of Suicide Program. Through the years, Dr. Petty was able to identify suicides and to encourage surviving family members to join our SOS Groups so they could learn better to face and cope with their difficult and painful issues. Now, most of our survivors are self-referred or referred by other survivors, pastors, physicians or friends.

Two of our primary benefactors, Ray Montgomery and Curtis Meadows, are survivors, both having lost a brother to suicide. Curtis was Director of the Meadows Foundation when the Foundation invited our agency to move into the Wilson District, which the Foundation has developed near downtown Dallas. Both have been active in the agency’s committee structure.

Ruth Altshuler and other community leaders helped us see that it is not practical to have an all-professional Board of Directors, so it wasn’t long before we reorganized with primarily citizens on the Board, a separate Clinical Advisory Board, and an Advisory Board composed of former presidents and special community leaders. Our additional services now include post-intervention assistance with schools and businesses experiencing a suicide, an active Speakers Bureau, a referral service for persons needing more extensive emotional help, and educational training events.

Suicide remains our primary area of expertise. Suicide represents man’s most extreme state of personal crisis, generally the most frightening possibility that professional people-helpers face in dealing with emotionally disturbed persons. But suicide also is the ultimate threat to parents who want so to help their children manage the risky issues of growing up. We have much to learn about helping people talk out their inner struggles instead of losing hope and destroying themselves.